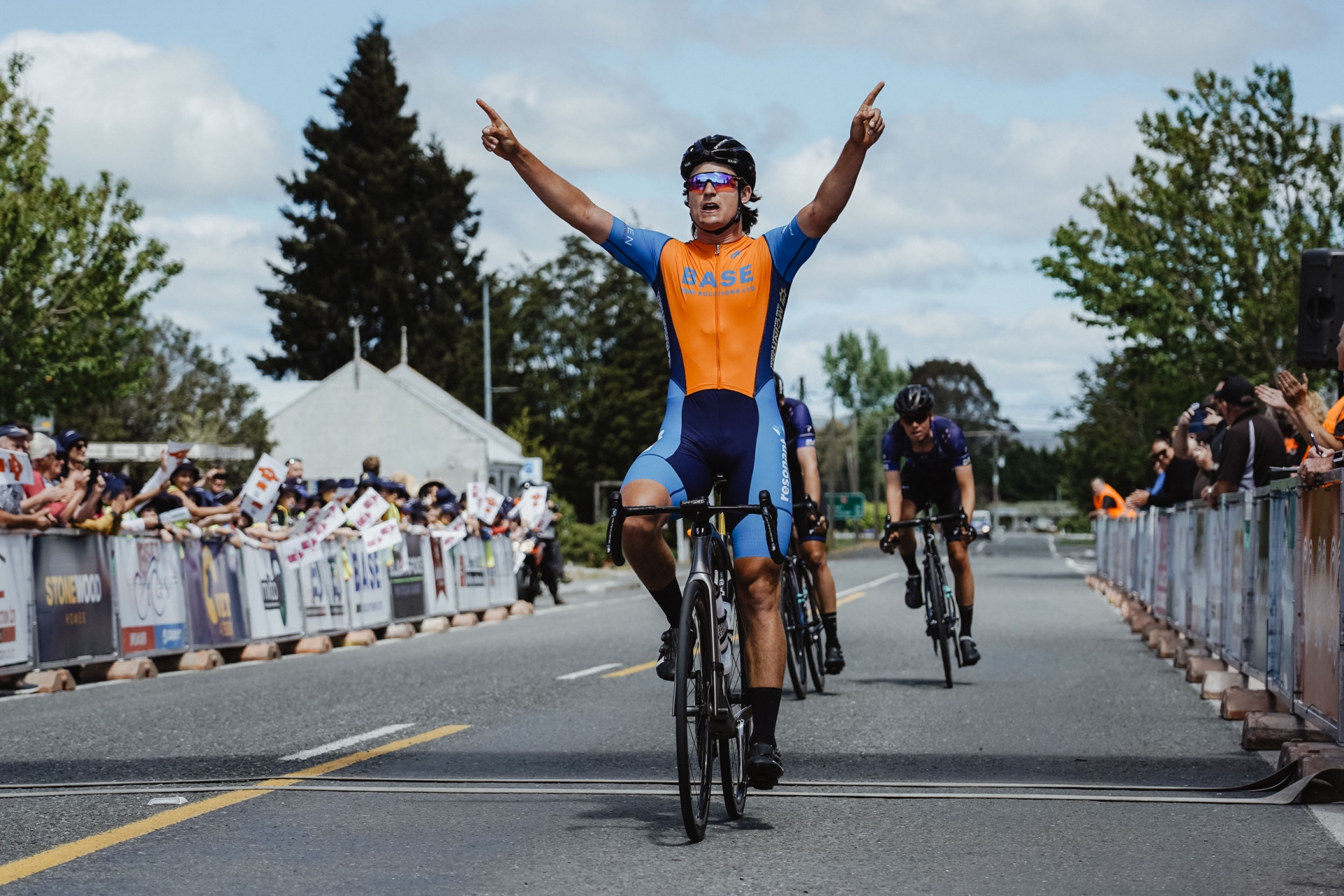 Corbin Strong will be preparing to ride the time trial of his life as he looks to become the first Southlander in 26 years to win the SBS Bank Tour of Southland tomorrow.

Strong (PowerNet) finished safely in the bunch at the end of a pacey Southland District Council 170km stage from Invercargill to Lumsden today which averaged speeds of 44.5kmh and finished over 30 minutes ahead of schedule.

“It was a hard first couple of hours to start the race and it was really aggressive racing. We were looking forward to that and then once the break went it calmed down a lot and we had the answers for all the questions that were answered today,” Strong said.

“Tomorrow it’s going to be a hell of a showdown and anyone in the top five can win this race and fingers crossed that’s me.”

Stewart was part of a nine-strong breakaway which enjoyed plenty of freedom as the tour made its way through central and western Southland under clear skies and just the gentlest murmur of a breeze, a far cry from the heavyweight crosswinds which can bare their teeth on this stage.

“It’s not really my thing to get in the break and go up the road, but I managed to sneak up there and I guess it was the perfect group with no GC (overall) contenders,” Stewart said.

“We were all just rolling through, nothing too crazy, but we never slowed down and I guess it was enough to keep the bunch happy and we managed to stay away until the end. I missed out to Corbin in Te Anau, he’s having a stellar tour and he’s racing to win. I was second on this stage last year in the crosswinds, but it’s nice to tick this one off.”

There was no change in the jersey classifications with James Fouche and Paul Wright (both Creation Signs-MITOQ), holding the Harcourts Sprint Ace and Jesco Hydraulics King of the Mountain categories respectively.

Paul Odlin remains the leader in the Stonewood Homes over 35 classification, while Strong leads the Henderson Construction under 23 classification in addition to his overall race lead, and Black Spoke Pro Cycling Academy leads the Wensley's Cycles teams classification.

Tomorrow’s final day features the McConachie Shearing Stage 6 13km time trial in Winton, a stage Vink has dominated in the past, followed by the Ascot Park Hotel Stage 7, a 77km stage into the finish line in Invercargill.

Strong, the world points race champion, was well aware he will need to produce one of the rides of his short but illustrious career if he is to hold off the challengers and become the first Southlander to win a home tour since Doug Bath in 1994.

“I think everyone has prepared really well for this race. It’s been on everyone’s mind since coronavirus shut down all the racing. I think that’s the reason there are five riders within 30sec going into the final day and I think it’s going to be very interesting.”

The riders face two phases on the final day of racing with the 13km Individual Time Trial in and around Winton, followed by the final 77km leg from Winton to Invercargill.